Matters of the Art 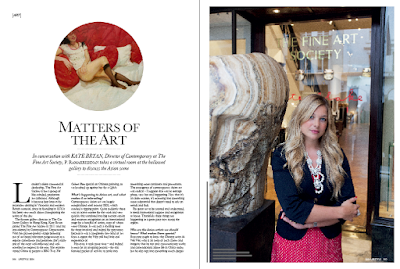 In conversation with Kate Bryan, Director of Contemporary at The Fine Art Society, P. Ramakrishnan takes a virtual roam at the hallowed gallery to discuss the Asian scene.

London’s oldest commercial dealership, The Fine Art Society is but a group of like-minded, passionate art collectors. Although it became best known for secondary dealing in Victorian and modern British material, since its founding in 1876 it has been very much about championing the artists of the day.

The former gallery director at The Cat Street Gallery in Hong Kong, Kate Bryan joined The Fine Art Society in 2011 and has reawakened its Contemporary Department. With her picture-perfect visage beaming out of art-based television programmes as a regular contributor and presenter, she’s easily one of the most well-informed and well-travelled art experts in the mix. She recently visited China to present a BBC Two The Culture Show special on Chinese painting, so we brushed up against her for a Q&A:

What’s happening in Asian art, and what makes it so interesting?
Kate Bryan: Contemporary Asian art was largely marginalised until around 2005, which marked a tipping point. Quite suddenly there was an active market for the work and very quickly this translated into big auction results and museum recognition on an international stage for a handful of artists, most of whom were Chinese. It was such a thrilling time for those involved and indeed for spectators because it was a completely new kind of art from a region the West still had little real experience of.
However, it took some time – and indeed it must be an on-going process – for this frenzied pocket of activity to settle into something more consistent and permanent. The emergence of contemporary Asian art was radical – I suppose that was its teenage phase, very hot and happening. Now that it’s an older market, it’s maturing into something more substantial that doesn’t need to rely on trends and fads. For great art to be created and understood, it needs institutional support and recognition at home. Thankfully these things are happening at a great pace now across the region.

Who are the Asian artists we should know? What makes them special?
Everyone ought to know the Chinese artist Ai Wei Wei, who is an artist of such clarity and integrity that he not only communicates truths and contradictions about life in China today, but he also taps into something much deeper about human behaviour that relates to every culture throughout history. He is China’s Picasso and will be known for centuries to come as one of the most important cultural forces in this century. It may take some time for China to fully comprehend their rebel son, but when they do I suspect he will be a national hero.

Everyone’s looking for the next art superstar. How do you spot his or her emergence?
Contrary to what most people might assume from reports in the papers and overzealous art dealers, the birth of a great artist is a very slow and unsteady process. That said, there are factors to consider when buying art which should give an indication of future status. How old is the artist? Have they got a notable mentor? Is this a solo show with a well-considered premise behind it? Is the standard of work good across the whole show? Where else have they exhibited? Who with? Have they got institutional support – are they being bought or shown at museums or private collections? Are they being written about in a serious fashion? If it’s affordable now and some of the above criteria are met, then it may well turn out to be a good investment. I just exhibited the work of a young Chinese artist called JS Tan in London and he ticked many of these boxes, which is why I gave him a show. But more importantly I think he’s a great painter. 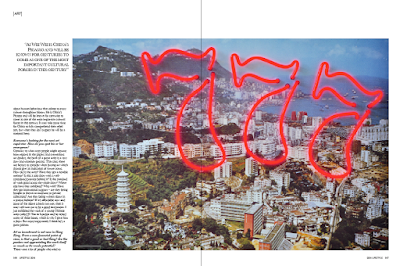 Art as investment is not new in Hong Kong. From a non-financial point of view, is that a good or bad thing? Are the punters not appreciating the work itself as much as its resale potential?
There were a lot of people who tried to capitalise on the fast rise to fame of some of the first wave of contemporary Asian artists to be sold at auction, and ultimately they don’t do the market any favours long term. A small pocket of people pushed prices into absurd territory, and whilst some stars continue to shine brightly, others have faded, which is an alarming prospect for collectors. Thankfully we have a much broader and deeper range of people interested in the market now, who nurture it and sustain it for the future. Ultimately, art should be bought to nourish the soul, not the bank balance. If you buy something you love, you need not worry about it is an asset class, and more often than not if you bought it sensibly at a good price it will increase in value over the years while you enjoy it.

After your most recent visit to Beijing, do you find that people in China appreciate its art history and want to preserve centuries-old works, or is modern China less interested in its past as it grows into the largest economy in the world?
The fact that hundreds of regional museums have opened in the past couple of years in China is testament to an increased desire to preserve and collect cultural artefacts and artwork. It’s not all positive news, though, because for such a long time culture was neglected in the country and vast swathes of material have been destroyed, lost or taken overseas. But what I’ve always been impressed by in China and Hong Kong is that even when there’s a lack of government support, people find ways of showing art, creating pop-up spaces, taking art into an alternative realm, and it really seems to have flourished in the fringes. The same thing had to happen with the birth of modern art in Europe at the end of the 19th century. There is always a precedent.

You’ve worked in Hong Kong and the London art world. What are the differences?
The major difference is the number of artists living and working in each city. When I worked in Hong Kong, all my artists were based elsewhere. It was not a viable option in 2005 when we started to show local artists, and they were so few. In London there are countless artists – I can’t move for them! – probably more than at any other time in history. There are more opportunities to go to art school, to visit hundreds of museums, and being an artist is not considered a side-line career.
With a Basel Art Fair and a world-class museum opening soon, there are big signs of change in Hong Kong. I can name several artists from the city who are doing great things, including Kacey Wong, Stanley Wong and Nadim Abbas. It’s going to take some time for it to fulfil its potential. We have an art market in place but not an art world. It’s a mental gearshift that’s needed. 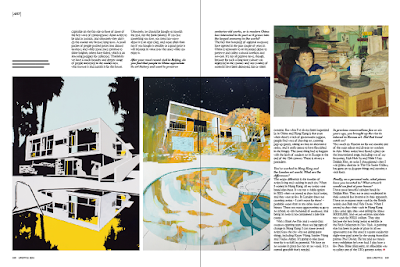 In previous conversations five or six years ago, you brought up the rise in interest in Korean art. Did that trend catch on?
Very much so. Korean art for me remains one of the most robust and diverse art markets in Asia. Many artists have found a place on the international stage, including two of my favourites, Doh Huh So and Nikki S Lee. Debbie Han, an artist I championed when I was gallery director at The Cat Street Gallery, has gone on to do great things and remains a vital force.

Finally, on a personal note, what pieces have you invested in? What artwork would we find at your house?
I have some beautiful celadon heads by Debbie Han. They are at once traditional in their material but inventive in their approach. I have an awesome neon work by the British artistic duo Rob and Nick Carter. When I started to show their work in Hong Kong a few years ago, they were selling for about HK$50,000, and we just recently sold their new work for HK$1 million. They also became the first living artists to exhibit at the Frick Collection in New York. A painting that has been in pride of place in all my apartments over the years is a great modernist night-time pool scene by the young Australian painter Paul Davies. He has sold out nearly every exhibition he’s ever had. I also have a few Peter Blake silkscreens, an affordable way to collect one of the UK’s greatest artists.
Posted by Rama at 16:22

Rama: E-mail ramakrishnanp at hotmail dot com
All the features are written by me. Most of the images given to me by others - with credits written when requested. If any credit is missing and drop me a line. If you want me to remove anything, can do - but give me a good reason to! ;0)

Photoshoots Produced by ME!

I've been PUBLISHED in